Maria Neige is the first guest of this series. She’s someone I admire greatly, for when she puts her mind to something, nothing can stop her. In this case, May (as we call her) was relying very heavily on the antihistamine cetrizine, which in turn, caused unexpected issues. I’ll let her tell you her story. 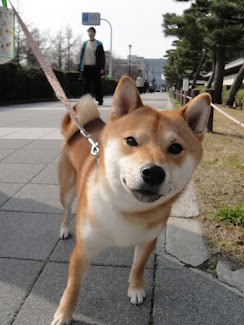 Q: Tell us a bit about yourself.
I like derpy dogs, fat fluffy cats, and beautiful things. I also believe that Hikaru Midorikawa’s voice is a national treasure of Japan.

Q: How did you get started with cetrizine? What was the reason you started taking it?
I was prescribed cetrizine by two of my uncles (They are a GP and a skin specialist respectively). My dad’s side of the family is well known for having bad skin problems, and allergies to godknowsanythinginthisworld was common among us. Yours truly inherited those problematic genes. It was touted as a milder anti-histamine that could be taken daily, unlike piriton which really knocks you out completely after taking it…

Previously, there were some allergic reactions towards some medication, once I have IDed what not to touch, they did not appear at all (the intensity of the allergies scared the living daylights out of my GP though.)

Things changed when I started my tertiary studies. A month into the course, I had constant allergy flare ups for absolutely no identifiable reason. My parents freaked out (naturally) and we had a ball of a time identifying what could be the trigger. It ranged from the new joss sticks that we bought for prayers, to Walls’ ice cream (My cousin had a similar case, where she couldn’t eat local ice cream brands due to allergic reactions, but Baskin Robbins or NZ Ice Cream? Totally fine!) andddd to the automatic room spray in my college.

Consulting my uncles, who revealed that the constant flare ups for no reason were common among our side of the family, and proceeded to prescribe me a year supply of cetirizine.

My dad had this issue when he was younger and he reminds me that during his time, there’s no such thing as cetrizine so that became one of my motivations to get off cetrizine. Hey if he can do it, so can I!

Q: How long did you take it? Were there any positive effects?
Initially after a few months of taking it sporadically, the flare ups stopped for a year. Come December 2012….the flare ups returned with a vengeance. I started taking the pills and thought after taking it for a month or so, things would be alright. End result: I was reliant on cetrizine for the next two years – until early June 2015.

Image by Danny S from Wikimedia
Q: Walk us through a day (then) with and without cetrizine.
Without cetrizine: Imagine a day where you feel your body burning up for no reason, and lets not forget constant moving itches at various parts of your body including the unmentionables and the scalp. Initially you will feel irritated, and cranky.

2 to 3 hours later? You will want to curl up in a bathtub of cold water and scream at the unfairness of everything in life for the rest of the day.

With cetrizine: Words cannot describe the feeling of a body functioning normally. I have noted that I do feel listless and slightly zonked out, but during that period I felt like life was beating me up constantly.

Q: What made you decide to stop?
I have been told repeatedly by my mum to go cold turkey from cetrizine, despite assurance from doctors that taking it regularly has no lasting side effect.

Early May, I belatedly realised that I stopped taking cetrizine for three days as it was the last thing on my mind due to certain circumstances at work and life. The aftermath not taking the medication for three days was the standard itching and appearances of tiny clusters of hives, but somehow this time around there was insomnia. As a person who usually survives on a minimum of 7 hours sleep a day, sleeping for only 2-3 hours was absolute torture. Throw in a complete loss of confidence due to work/life/stress imbalance not so recently and a wonky aircond that was blowing hot air made the insomnia worse – this was a wake up call that I needed to change my lifestyle before I end up in a deeper hole that I can’t climb out from.

Logically thinking over it, I can’t be constantly allergic all the time. Many who have known me for some time have mentioned that my stressful and rushed lifestyle could be a contributing factor to the flare ups. Looking back, December 2012 was the beginning of a notoriously stressful professional course and I constantly felt enraged and tired about almost everything in my life.

I immediately started to check if there’s side effects after stopping to take cetrizine, and I was shocked to find out after running a Google search, the first few results were the Consumer Complaints website and 99% of the complainants had the same symptoms I had.

Then it went on to blogs documenting the side effects of cetrizine, and there were some blogs that kept track about their journey to go cold turkey from cetrizine, which helped my resolve to completely go cold turkey.

However it was a relief to know that I wasn’t suffering alone and there were others who had the same symptoms that I had after going on a course of cetrizine?

(To be honest, I do regret spooking myself by reading those blogs about cetrizine side effects, because they kept mentioning histamine intolerance, which did match my symptoms of allergic flare ups. The proposed diet was….no. It just didn’t make any sense at all.)

Q: What were the common symptoms you had with cetrizine?
The flare ups usually will consist of the following : Annoying itches especially at the unmentionables and the scalp, clusters of tiny hives appearing and vanishing after an hour or so only to reappear at another spot, and lastly it had evolved into causing insomnia. My body felt like it was burning up when the symptoms appeared. I discounted fatigue which many had complained about as well since I was always tired and cranky due to work.

Q: Did you have an action plan for quitting? Were there any preparations you made?
I just grabbed all the cetrizine foils from my room and threw them back to the medicine drawer. The game plan was endurance.

I did keep a small tab in my handbag in case things get out of hand – the worst case scenario was that eventually after not taking the medication, a splotchy red world map would appear on every imaginable location on the surface of skin, which means that I’m fucked and definitely allergic to something. Did I mention it comes with unimaginable itchiness as well?

I had that once when I was young, and it was not an experience I want to go through again.

Taking yoga classes helped as well, I like to think that the blood flowing around my body alleviated the symptoms.

Q: What was the first day like, when you decided to completely quit?
I didn’t plan to quit entirely until after three days of absolute torture from sleep deprivation. After checking out the blogs and medical feedback forums, which was about the fourth day or so, I decided to go cold turkey.

Somehow I managed to get through a hectic day at work (I made sure I clocked out on time, instead of staying back to clear that never ending pile of work) and went back and plugged on ambient music until I felt sleepy. The irritating itchiness didn’t bother me, not when I was focused on making sure the figures on the spreadsheet had to tally with another source of figures provided by my client. It also helped that I was concentrating to not break down at work from the additional stress the insomnia was causing, and I like to think drinking lots of water helped cool my body down from the burning up sensation that appeared along with the itchiness.

How did I feel? Absolutely rotten, but I kept telling myself that better now than later.

Q: Cetrizine has a reputation for causing extreme itchiness, among others, when you stop it. How did you make it through?
I work in an environment that raises blood pressure and eats newbies for breakfast. That was one major distraction, as the pressure is high to not to spectacularly screw up. I drank about 2.5 liters of water at work to cool down daily. Constant trips to the toilet from intense hydration was also an excuse to stretch out my legs.

When the eye itchiness phase kicked in, I took a cold compress and lightly pressed it on the affected area. I admit to rubbing my eyes a bit too frequently, but thank goodness it didn’t last long compared to other people’s experience.

It eventually petered out to very short periods of itchiness daily, which I could actually ignore instead of it being a thorn in my side.

Yoga by Dave Rosenblum, on Flickr
Q: Were there any other lifestyle changes you made?
I took up yoga. The doctor was saying that I needed to work out instead of sitting down in front of an electronic gadget 24/7. Next, on a whim, I decided to axe out drinking the teh ais and iced Milo at the kopitiams outside and stick to drinking water, and found that my complexion gotten better compared to the days where I used to stare in the mirror and sigh at impending acne outbreaks.

Q: What do you think was the best outcome you’ve had so far from quitting cetrizine?
I don’t feel beholden to a drug. I lived with the fear that I had to take cetrizine for the rest of my life to function. I am also glad that I don’t have to spend more money on cetrizine, for the long run they don’t come cheap, even if they are the generic variants.

Q: How many days since you quit?
One month and counting.

Thank you for your time.

Editor’s note: Have something to contribute or just want to share your story? Drop off your responses here!