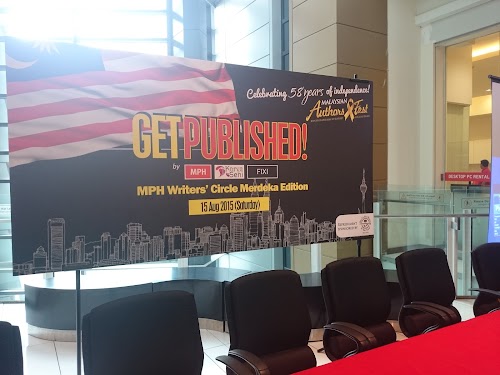 So, last week I attended the MPH Writer’s Circle (held on a weekend for once!) at Nu Sentral. The topic was fairly interesting, but I went there mainly because they apparently had a pitching session, which I did not join in the end. Everyone on the panel were published authors, with different backgrounds and specialities.

They were, in no particular order:

For most part, I kind of expected the questions and responses they would give. What I did not expect was the brutal honesty. Some takeaways:

And that’s about it. For me, it was both depressing and yet reassuring to hear about the issues in publishing. I was glad I went though, met up with a few other writers. Now back to the grindstone for me!

Here’s my tweets from last week, in one handy reply for you.