It’s been a while. Life has been fairly routine in the last six months or so, but when I look back at the photos I’ve either uploaded to Google Photos or Instagram, it’s been a pretty interesting trip. Some of the highlights include:

I love Winner and I stan Jinu. Sunday night was unreal though and the concert was such a visual feast that my brain still has issues putting memory to the songs they sang. It was absolutely epic. Rin got Tuna and me great seats and it was quite awesome.

Fave sets have to be the remix of Really Really, Love Me Love Me, and the boys’ individual sets. Also Hoony’s skin is epic flawless. He barely showed any sweat at all what is this!

From an event organiser point of view, I was very impressed. The entire thing was run pretty well – most people started going in after 5pm (concert was scheduled to start at 630pm) and entry was smooth. There were enough ushers who knew where to put people. Concertgoers were really polite and those who had to go past others to their seats were apologetic (Tuna and me got front row seats at the corner so we needed to get up and let people through but that was fine!).

The other interesting thing was that the concert started early and ended on time – it was about 2.5 hours and we were all out of the stadium by about 845pm, though we only left the area much later because hello post-concert traffic.

So I have started doing Inktober though I’m currently behind. Using LordofNowhere’s prompt to draft a probable story for Nanowrimo. I may not attempt it this year, but I have kind of two possible story ideas I want to explore so there’s that.

Inktober planning has mostly gone out the window but one of the things I’ve observed about myself is that I like doing inking that require me to avoid filling in the blanks, aka using a black background instead of a white. It makes the work seem more conscious somehow – that I’m learning what to leave out rather than sketching in the details.

Photos wise I’ve been able to grab some really gorgeous photos and made use of the selfie stick I finally bought after weeks of deliberation. Completely happy with my purchase though now I need to find new excuses to carry and use it frequently. Bonus: Selfie stick came with a set of lenses that made taking pics a trip!

Cut off my hair!

After about 3 years I think I finally cut off my hair. Was planning to donate it but I could not find the opportunity (I couldn’t make it to the saloon or they couldn’t accommodate me etc) so in the end I went elsewhere and got it all chopped off.

My only regret is that I may have timed this wrongly – it’s the rainy season now and the office is stupid cold.

Suffice to say that this was incredible and holy crap I have missed listening to instrumentals that tell a story without needing words.

Went there for a company trip. It was amazing and interesting. Also said goodbye to some people. That was a bit depressing. Played with some AR.

I originally wanted to write something uplifting or even talk about my resolutions today, but after the events of the past 48 hours, I’m beginning to believe Rin’s statement that the New Year doesn’t really reset anything for Asians until the Lunar New Year aka CNY.

So, what happened since the calendars were switched to 2017?

I wouldn’t even call it a balanced year. While there were some spots of light, there were many more dark moments. 2016 is like that sarcastic uncle you always wanted to punch – a man who makes a spectacle simply because he can. Sometimes he does good deeds, but for most part you just want to rip him a new one. Read More »2016: A Review and Goodbye 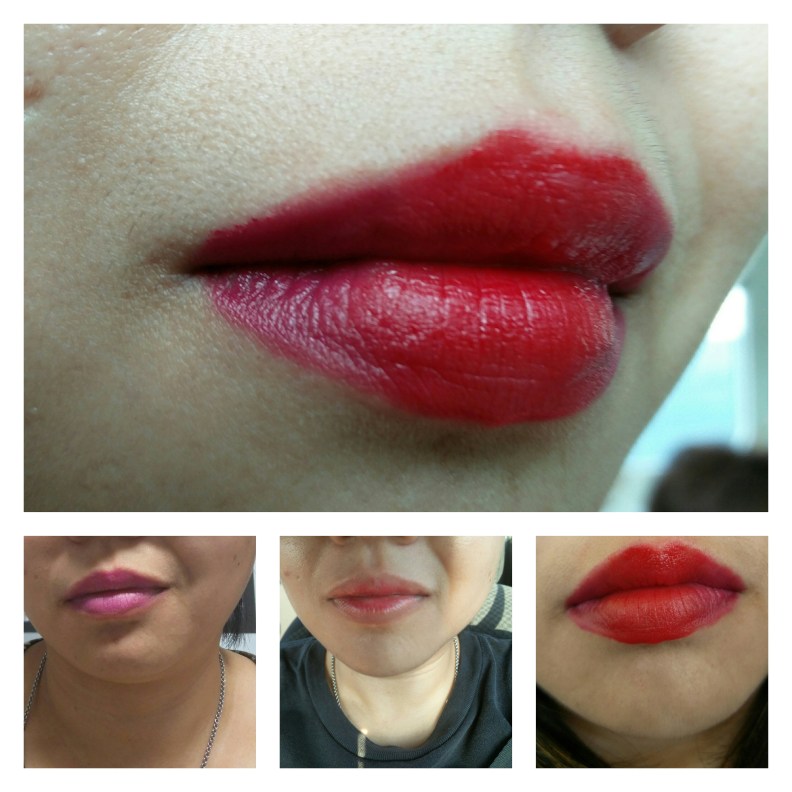 Over the weekend, the bear and me went to Midvalley for the Maybank Treats Fair. However, this is not an entry about that Fair.

Rather, it’s about Shisedo’s slogan for their new range of lipsticks.

While their website indicates that this is a throwback towards Shiseido’s history, I would like to think that it means the first colour seen on a human being besides their skin tone.

Red, the colour of blood.

Passion, heat, intensity. In most of human culture, lips were almost always painted red. Not blue, not brown, but red.

I love having red lips. There’s something incredibly strong about such a colour. I love especially, wearing them on my lips. I wear them though, not for others, but for myself. It is a silent affirmation, a subtle reminder. My words are my own, but when I speak, how they are received, depends on how I deliver them.

And that pretty much reminds me of my job as a copywriter.

Having my painted lips is a form of armour. A silent reminder to stand firm. To speak clearly. And to carry myself with confidence. To remember that I chose to wear this face. That I have control.

A control I need to exercise more often.